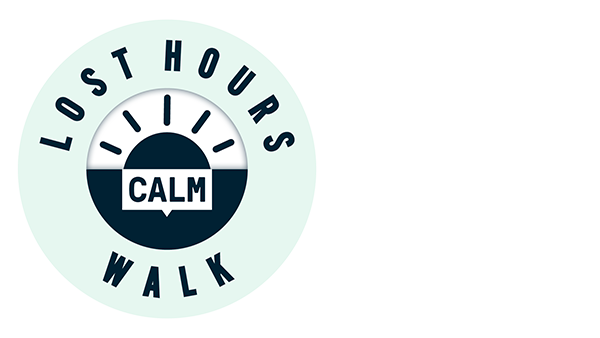 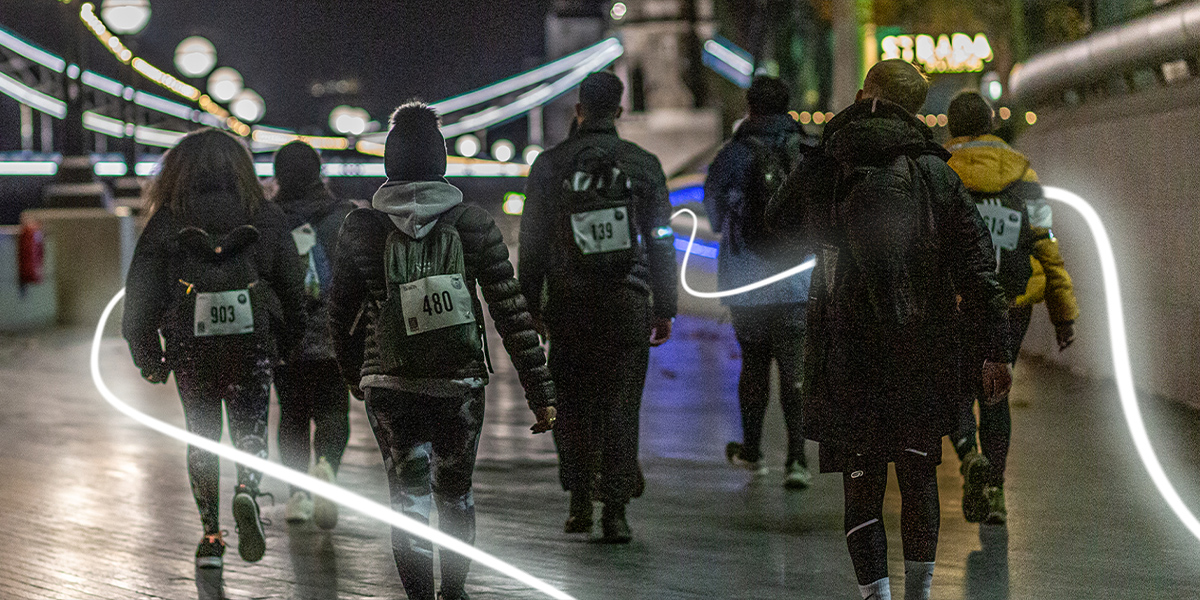 Walking from The Valley to Stamford Bridge, onto The Den and then Loftus Road.  No this is not a stag do, Kevin and Cans Against Living Miserably (more on that name later) are walking against suicide - and taking the chance to take in some of football’s most famous architecture in the process.

Kevin’s one of hundreds who are taking on a #LostHoursWalk this October to smash the silence around suicide in the UK. 125 people take their own lives every single week, and we’re uniting against suicide to send a message that that’s not ok.

After struggling with his mental wellbeing, Kevin was at a low point and considered taking his own life. He’s walking to raise awareness of CALM’s services and tackle the stigma around suicide, so that fewer people ever reach crises point.

Alongside his team, he’ll be taking on 26 miles across London, culminating at London Bridge - a place that has special significance in his life.

“We plotted a route that visits a lot of football grounds in London, and then finishes up with the three radio stations where we work. And the last one is where I work, and that was where my depressive episode started. That was where this horrible thing all started for me, so that's where we're going to finish it.”

Kevin began struggling with his mental wellbeing in 2019, but after reaching out to friends, family and medical professionals, he’s feeling good.

“Towards the end of last year, I fell apart. I walked out of the office in the middle of the day, without telling anyone where I was going with the intention of ending my own life. It still feels horrific, but right now I’m doing a lot better.

“That day last summer was the awful peak of a depressive episode, however almost 12 months later I’m finally feeling like I’m reaching a different kind of peak. The kind I’ve been trying to find ever since. Peak me. Normal me. Feeling ‘alright’ me.

“It’s not been easy - far from it - but the support I’ve received from those closest to me, as well as strangers, and most crucially mental health professionals, has been phenomenal. I feel so privileged to have had access to so many sources of help, and I feel awful when I think about all of those people out there who either don’t have access to as much help, don’t know how to find it, or don’t know how to ask for it.”

And that’s why Kevin’s and his friendship group, Cans Against Living Miserably - originally  Whatsapp group created solely for the purpose of organising a bevvy after work -  are walking against suicide this October.

“When my depressive episode began, I had to take two months off work. Whilst this meant I unknowingly had some excellent early practice for lockdown, it was also an incredibly difficult and lonely time. The CANS chat was a godsend. There were many days where it would be my only form of social interaction. To this day it never fails to cheer me up, and we’ve even managed to keep the conversation focussed enough from time-to-time to organise more meet-ups. Now we’re using it to organise something that will help others.”

Kevin hopes that by smashing the silence around suicide and raising awarenesss of CALM’s services, more people will be able to find the support they need, no matter who they are, where they’re from and whatever their background.

“I’m very lucky, but depression is incredibly lonely, no matter how well supported you are. I don’t think it’s the same for anyone really, but I do believe that for every single person there is a way to move forward, and finding that first step is really important and anyone going through anything can get something from talking to CALM.”

We want as many people to take part in the Lost Hours Walk as possible. Wherever you are in the country, no matter your age, or ability, choose a distance and route that works for you, your friends, family and community so we can walk forward, together, against suicide.

Whatever your reason why, it’s time to unite against suicide. Sign up here. 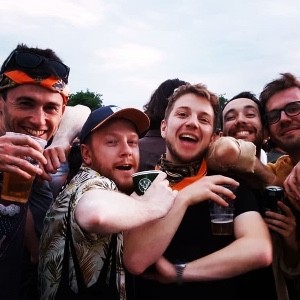